General topics which don't fit into any one category below ... but you can feel free to start any topic here, whereby later the moderator may move it to another category below. Since this is a new board, we can put most discussions here until there are more posts. This forum was started in mid-July 2009 (on the 40th anniversary of Apollo 11).

I started working on a survey aimed at people interested in space. The goal is to have the survey up on it's own easily promotable website, people fill it out, then they get the data.

Actually, there's a lot of questions who's survey results are out of date. I wrote a English paper on NASA funding decline not too long ago and was surprised at a specific paper I found:
Launius, R. D. (2003). Public opinion polls and perceptions of US human spaceﬂight, 174 doi:10.1016/S0265-9646(03)00039-0
Very surprising all in all. But a lot of those surveys are out of date. Redoing them on a large scale would be a great first step. As for interests in space, I'd ask a multiple choice question such as "where should the nation focus its space efforts?", Lunar development, astroidal development, colonization of the moon, colonization of mars, military superiority, scientific research, other (please enter). And then some follow up questions depending on their choices. No more then 25 questions or give them a chance to opt out at different stages of the questionnaire. Hope this helps mate.

Thanks for that, every single input I get helps.

I hope that helped clear up where I am coming from and where I am trying to head with this project.
Top

In all honesty, when it comes to the crowd, I have very low expectations. Some times there's surprises, but more often then not, people don't have the time, money, or incentive to help in any way. High level R&D personnel have jobs already and can't contribute much of it to other projects. Then there's the retirees who usually enjoy coming back to work but nice and slowly as they are not being paid, and then there's the enthusiasts who can do some interesting things on their own but are ultimately unreliable. A global R&D is just unlikely to ever be what the makers hope. To get such a reliable force assembled, my suggestion is creating personal psychological profiles of each member and keeping them interested and informed by feeding them things they want to hear and giving the progress they want to see providing they are contributing enough to that extent. As for contribution, micromanagement for these contributors would be a must, and being world wide, would have to be the job of a program. And of course, mere interest may not suffice at keeping people going. That's when you need to think about incentives. Then of course this is global, so security would be none existent (which I would have to support fully) and then your developments need to be put into the real world which is done how? Sounds impossible, and for all intents and purposes for this project, it is. But hey, its 1 solution and its fairly accurate. 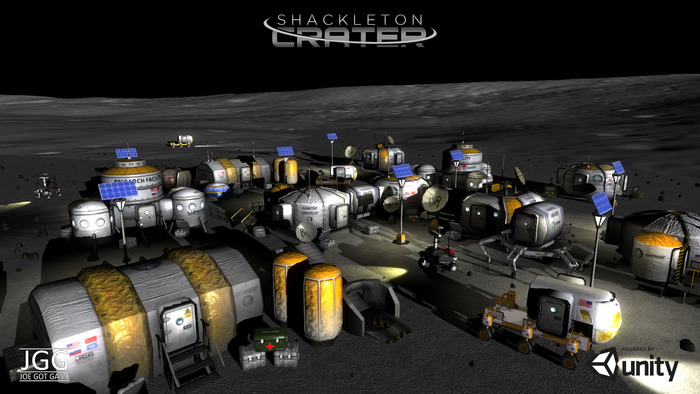 A pity this wasn't fully funded, it looked a lot of fun. And it seemed to me a more common-sense approach to start small with something like an online game or app that could generate revenue quickly and easily. (A commenter on the Kickstarter page suggests the initial goal of $700,000 may have been too high.)
Take my love, take my land, take me where I cannot stand..... I don't care, I'm still free, you can't take the sky from me.
Take me out, to the black, tell em I ain't coming back..... Burn the land and boil the sea, you can't take the sky from me.
Top

Good read, thanks for posting Sam.
I am not a professional. I am a rational amateur who dreams about humans going into space.